What are electrostatic charges? 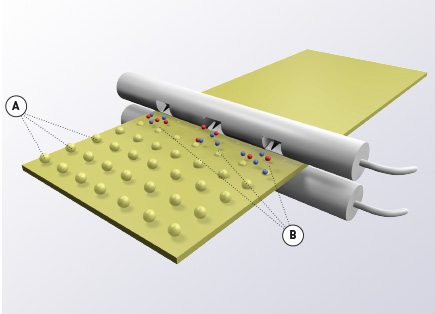 Electrostatic charges are part of our life. Impossible? Yet it has happened to everyone at one time or another to get a small shock: it happens by touching an object, brushing against a person, getting out of a car. What not everyone knows is that the accumulation of static electricity is actually responsible for this very common phenomenon. Electrostatic charges derive from the phenomenon of electrization: what happens, in other words, when electric charge is added to a body that is initially uncharged, i.e. neutral.

Electrostatics is a field of electromagnetism that deals with the study of the functioning of electric charges, which are responsible for generating the electrostatic field. As early as the fifth century B.C., in the time of Thales, the phenomenon of the so-called electrization of a body was known.
There are two types of electric charges: positive charges and negative charges. As described in the famous Coulomb’s Law, charges with the same sign repel each other, while those with opposite signs attract each other. Atoms are electrically uncharged because the number of protons (positive) and the number of electrons (negative) are the same. When electrifying a body, however, there is a transfer of electrons from one body to another. The body that acquires electrons becomes negatively charged, while the one that gives them up has a positive charge, because the number of protons inside it is greater than the number of electrons. The phenomenon called electrization of a body occurs by different methods. The first, the most common one, is rubbing but a body can also be electrified by contact, induction, and compression.

In contrast to electrostatic charges, which all behave in the same way, different materials have some important differences. These can in fact be divided into conductors and insulators.
In the first category, charges can travel freely within these materials. In the category of conductors we can include water, metal, and the human body. In the second category, however, charges are prevented from passing through materials. The most popular insulators include plastic, wood, and glass.

Electrostatic charges are the cause of a great many inconveniences, including the attraction of dust and other foreign materials. In the processing stages, in fact, material sticks to machine parts, thus forcing the company to suspend production to fix the product. Electrostatic charges can also become dangerous as they trigger discharges that can be potentially harmful to electrical and electronic equipment. The side effects are many, such as fires and explosions. In addition, they can cause injury to people.

In order to see the map, you need to accept the cookies